IPitup originates from the project appeal 'Louvain, a vital city' (2017). The city of Louvain and Tofsport were looking for ideas to get more people moving.

We developed a bench that is also an all-in-one device and makes people curious, brings them together and encourages them to move, across generations. We became the main laureate and IPitup and the activity bench was born. In the autumn of 2017, the activity bench was officially presented to the public at the Sport Innovation Congress of Sport Vlaanderen. In January 2018 the first two activity benches got a permanent place near the Vaartkom in Louvain. The official start of the Living Lab phase of the Louvain project appeal was given and an R&D project was carried out with the city of Louvain as a valued partner. During the Living Lab phase, the IPitup activity package - including activity app and training part - evolved into a combination of products and services. In December 2018, the Louvain project appeal was completed and we presented the results by means of a monitoring report. In the meantime however, there was a great deal of interest, because 30 activity benches had already been installed in Belgium and abroad. 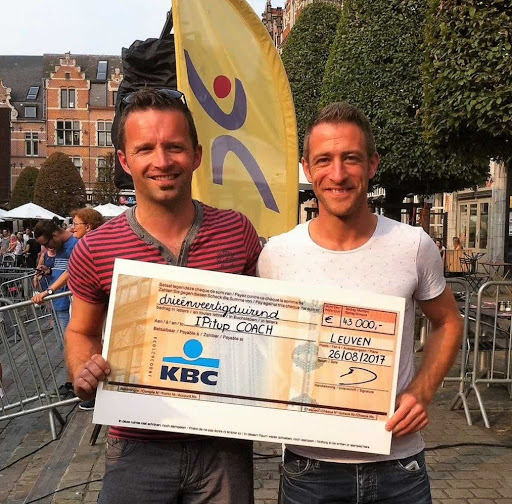